Skip to content
HomeNever let go of your child 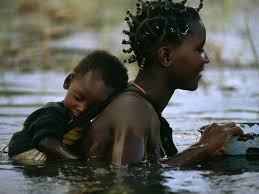 What makes a mother decide that she can no longer carry on looking after her own child or children.   Out of heartache one can think the child will be better of with the dad and just dump them at the doorstep even if you don’t nothing about the home.

Could it be hunger, think of the women in war torn Somalia who have to decide which child to feed almost nothing to keep them alive.   Could it be flood or tsunami, think of a mother’s undying love  that one would rather drown than leave her child behind.

I think as women sometimes we mix issues, we want the ex to feel the hurt and frustration that we experience  by putting our children’s lives at risk.   Do we realize that rejection starts at the very moment the child is left like an unwanted item or a burden.    Everyone including neighbours in that location will call and treat the child as reject  and the poor child will growing up wondering why they were not good enough for the mother.

A rejected child is always the last to eat,  the one who runs the most errands or does the most chores, some times the abuse is so rife that the child can become housekeeper, babysitter or worse someone’s sexual play thing because they do not have a mum to speak out and  protect them.

I want to give a shout out to all the brave single mums, who no matter what hang on tight to their kids, not knowing where the next meal is coming from, no fixed abode, jobless, debt stricken  and living it up with your children.  You are awesome!!!!

The latest news on WordPress.com and the WordPress community.

Tales of a Slightly Stressed Student!

this is... The Neighborhood

the Story within the Story

I believe I was born to inspire and to be inspired, hope this blog will do exactly that

The Art and Craft of Blogging